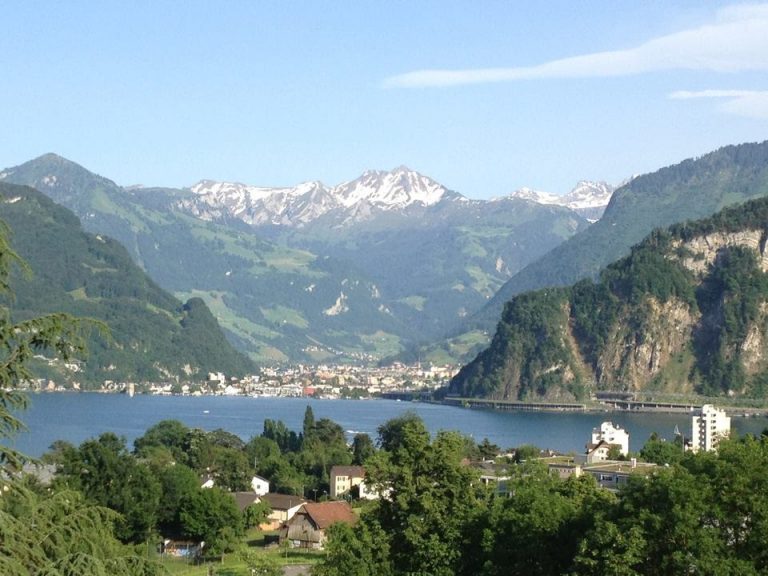 Red Phoenix in the front 前朱雀

Black Turtle in the back 後玄武

• The mountain in the back is also called the Supporting Mountain 靠山.

Green Dragon on the left 左青龍

• The mountain coming from the left direction is called Green  Dragon Mountain 青龍山.

White Tiger on the right 右白虎

• The mountain coming from the right direction is called  White  Tiger Mountain 白虎山.

According to Guo Po from the Book of Burial:

The Black Turtle needs to be lowering its head 玄武垂頭
(As if an elderly ancestor is looking over you and giving his kind support.)

The Red Phoenix needs to be dancing 朱雀翔舞
The Table or Face Mountain in the front must be very lively with movement as if it is dancing at a stage with the back drop of layers of mountains.

It is not desirable to see a lonely and dull Red Phoenix in front.

Green Dragon Mountain should not be too overly high, because it can become a “Bully” to the household – reflecting the loss of power or position.

The White Tiger needs to be tamed and resting 白虎馴頫
White Tiger Mountain represents the female, friends and wealth.

In Feng Shui, we look for the site being embraced by the left Green Dragon and right White Tiger, the Black Turtle is giving support in the back; also it is guarded by the Red Phoenix in the front to gather and savekeeping the prosperous qi.

We must remember that the left Green Dragon and right White Tiger Mountains should be embracing with sentiment; as if they are hugging the site.

We should avoid the unsentimental embrace such as when the mountains on the left and right are extending outwardly at the end – as if the hugging arms are turning away.

The three direct influences to the house

Dragon and Mountain are both meaning the same; as mountain.

In Feng Shui, the Long Mountain Ranges is Dragon 龍.

To identify the element of a mountain in shapes:

As long as these mountains do not have “Broken Faces” with sharp chipping and protruding rocks; they are basically harmless.

However, to determine the good or bad outcome of these mountains in relation to the house, we need to consider these mountains’ Five Element Produce/Control 五行生尅 factors according to the mountain direction and nearby objects.

The Characteristic of the Five Elements:

Wood 木 is Benevolence
It represents Kindness, Sincerity and Reliability.

Earth 土 is Trustworthiness
It represents Stability and Wealth. It is regarded as a Wealth Star.

Water 水 is Wisdom
It represents Thinking Process and Emotions.

In general, it is good to see Wood, Earth and Metal shape mountains near the house, because Wood also represents Longevity, as Earth for Wealth and Metal for Nobility.

Water and Fire shape mountains both carry the images of movement; therefore, they are not very suitable for someone who is looking for a house for peace and quiet living.

Most of the mountains that we encounter are usually not in one individual unit alone; this is because there are usually many mixed mountain shapes within a group.

Aside from the shape of the mountains and their Five Elements, we need to bear in mind of their distance and the impression of “What do they look like” to you!

The distance tells us how soon will the effects take place – the further away they are, the slower and less effects  they will bring.

Further from the Shapes and Five Elements, we also have a sub-identity for the mountains.

3. 禄存4. 文曲5. 廉貞7. 破軍 are the four inauspicious Stars.
The downfalls will materialize when these inauspicious stars are:
•    Out of time (Out of period luck)
•    Suppressing (Too close to the house)
•    Broken Face (By man-made intrusion or land-slides, etc.)
•    Sharp protruding rocks (Stone Sha/Killing.).

Tang Lang is wood; it has a round-ish top and it is long and tall in shape. The two shoulders are full and they slide downward smoothly without bumpiness. There are no “Teeth” (side veins) along the mountain.

It looks like a fat bamboo shoot coming out from the earth.

If the Tang Lang mountain is in a leaning position, it is not a prosperous mountain.

Huge Door is earth; it has a flat top and square shape body. It slants downward on the sides – but sometimes it may have two bumps (much like two chignons or hair buns) at each end of the flat top.

Reward is earth; it looks very similar to Huge Door.
The difference here is the two sides bulge out in a slight curve – looking like a drum. The major significant is, it has many deep “Teeth” around.

It has the round-ish top with square body; also it has many branches look-a-like veins at the foothill.

Literary Art is water; it is the easiest mountain to be recognized amongst the Nine Stars.

The make-up of this Star is by a group of wavy sub- mountains and there is not a major peak within the group.

Chastity is fire; it is the most important “Grand-Father Mountain” amongst the Nine Stars. Most other mountain Stars are usually formed and originated from the Chastity Star.

It has the sharp pointing top, no shoulders, angular shape and very tall.

Military Art is metal; it has the round-ish top with very few “Teeth”.
It is commonly accompanied by a group of rounded small hills from the top to the foothill. Looking like the back of many sheep!

Broken Soldier is metal; it is a very impressive large mountain.
It has a round-ish top with a lot of gigantic size “Teeth” extending from the top to the foothill. The foothill is usually “untidy” as the “Teeth” veins tend to end unevenly.

If the Broken Soldier has broken face with chipping or protruding unsightly rocks, it is not prosperous.

Left Assistance is metal; it is very similar to Military Art and Broken Soldier, the difference here is that this Star is well covered by lush greenery from the trees and grass, therefore, the “Teeth” are not visible.

It has a round-ish but slanting top. There are no other round top hills around the vicinity.

Right Assistance is Water; it is very similar to Literary Art with a wavy top, but this Star has one or more major peaks.

A quote from the Book of Burial: 風 水之法，得水為上，藏風次之
“The way of Feng Shui is first to have water, then to gather qi.”

In Feng Shui theory – in order to collect the prosperous qi for wealth, we must have water.

In real terms,Prosperous Qi, is what brings the wealth. Water, is just a tool; it is for capturing the good qi and making it gather and stay.

Due to the fact that we cannot see or describe “qi”, therefore, in Feng Shui, we use water from river, lake, ocean, sea, water fountain, swimming pool, ponds, brooks or even gutter, etc. to gauge the movement, quality  and strength of qi – consequently, over the years; we have developed an ingrained concept that “Water” – brings wealth!

This is also called Ming Tang Water 明堂聚水, it is commonly seen as a pool or pond is situated in front of the front door.

This is also called “Water from Four Sides Meeting at Ming Tong” 四水歸堂, it is when there are four or more real water 真水 (Water from river, brook, over-flow and canal, etc.) or virtue water 假水 (Fly-over highway, street or walkway bridge, etc. ) coming through; criss-crossing in front of the property; like weaving a beautiful piece of brocade fabric!

This is the familiar water formation which embraces the property like a “n” from the front. It does not matter if it is real water or virtual water, as long as it is wrapping the property around, it is the prosperous Jade Belt Water 玉帶水. This signifies nobility and position luck.

Water needs to be coming and going in a meandering fashion; it is called the sentimental water formation.

It is very inauspicious to see water coming and going straight through or going out in a 45 degrees angle, because these are considered unsentimental and therefore; inauspicious water.

Obviously, there are many more methods for gathering qi to increase wealth, such as Castle Gate Methods and Five Ghosts Carry Treasure Methods, I said, “methods”, in plural; is because both of these methods have more than one formula for the application. There is also Fu-Bai Water (Left and Right Assistance Water Method), plus many more, to say the least!

It is my greatest hope that some or all of you will be able to use this reference for your in-deept outdoor Feng Shui assessments, please use this wisely, but do not commercialize my work.

If we look at the traditional Chinese Farmers’ Calendar (Tong Shu), one can see that besides from the timing information given for farming, it is

Hello, Hello!!! Spring is finally here!!! I hope everyone and all families are well! I am passionate about doing in-depth research on all Chinese Metaphysics